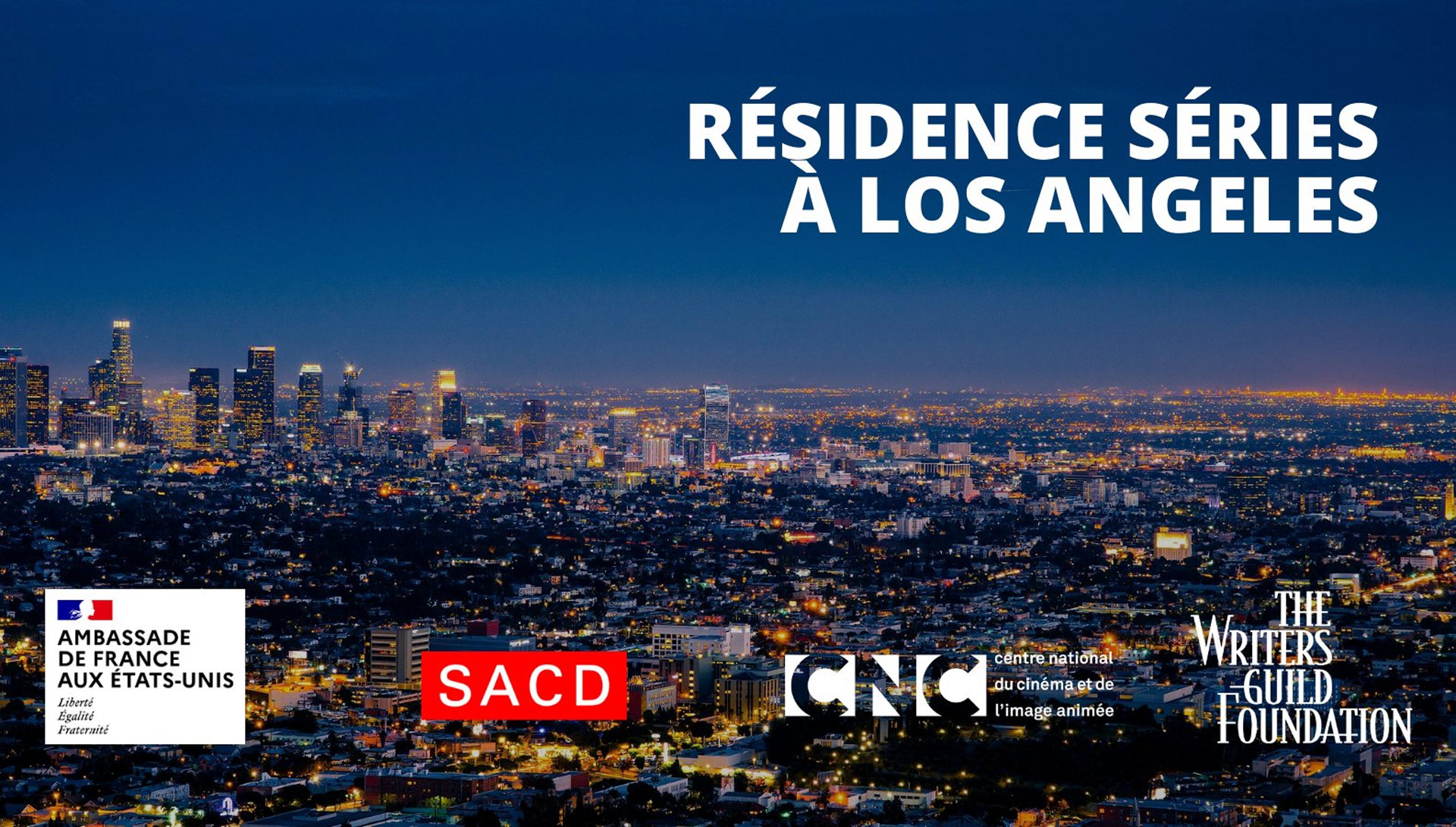 The Cultural Services of the French Embassy in the United States, the Centre National du Cinema et de l’image animée (National Center for Cinema, TV, and the Moving Image, CNC), the Société des Auteurs et Compositeurs Dramatiques (Society of Dramatic Authors and Composers, SACD) and the Writers Guild Foundation will support a residency for French T.V. series writers in Los Angeles–– the heart of the film and T.V. industries in the United States. The goal of this new program is to accompany the writers in the development of their French series projects with high potential for international adaptation and distribution.

The residency will extend over a period of three consecutive weeks, from October 11 to 29, 2021, and will welcome six French writers. The program will be tailored to each writer and conducted in English, with the guidance of well-known screenwriters and showrunners, script specialists, public speaking coaches, agents, and other production, distribution, and regulation professionals. Each resident writer will be paired with a Hollywood mentor with whom he/she will work one-on-one to develop his/her project. Group visits to studios and production companies, as well as convivial opportunities for networking, will also be on the agenda. By the end of the residency, the projects will be ready to be presented to potential American partners (such as producers, TV studios, and distributors).

Thanks to the personalized guidance from showrunners, producers, and experienced professionals, the residency aims to offer the resident writers the necessary tools to deliver a pilot script that is on par with international standards and demonstrates an artistic vision and direction. Additionally, the program aims to support the international careers of the resident writers by introducing them to key industry contacts who will be able to advise them on both the creative process and on best business practices.

The residency is open to writer-creators, screenwriters, and/or French directors and members of the SACD who either 1.) have written a substantial number of episodes in a single season of a series distributed by an editor of TV services or an on-demand audiovisual media service in France between 2015 and 2021, or 2.) have previously received an innovation grant from the CNC (grant for concept, writing, re-writing or co-writing from international co-productions), from Beaumarchais non-profit or from SACD or has previously participated in Boulevard des Séries.

Applications should be emailed before May 20th at midnight Paris time to: