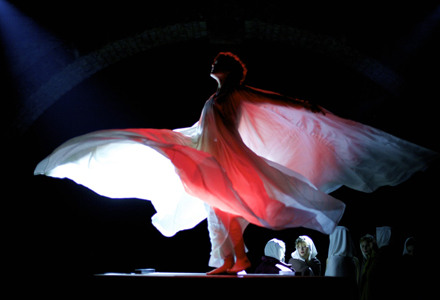 Rendez-Vous with French Cinema returns with another edition that exemplifies the variety and vitality of contemporary French filmmaking. The lineup features diverse films, comprised of highlights from international festivals and works by both established favorites and talented newcomers.

This year’s programming, including the selected films, panels, and events, includes a special focus on the myriad of ways that French culture influences the arts in America, and vice-versa. As previously announced, the Opening Night selection is the North American premiere of Étienne Comar’s Django, starring Reda Kateb as the legendary jazz musician and Cécile de France, and the Closing Night selection is the U.S. premiere of Jérôme Salle’s The Odyssey, with Lambert Wilson as explorer Jacques Cousteau and co-starring Audrey Tautou and Pierre Niney.

Co-presented with UniFrance, this year’s Rendez-Vous demonstrates that the landscape of French cinema is as fertile as ever, and the voices calling from it never more distinct.

> Find out the film selection