Valérie Segond, the location manager behind the settings for Lupin and Irma Vep

Valérie Segond, the location manager behind the settings for Lupin and Irma Vep 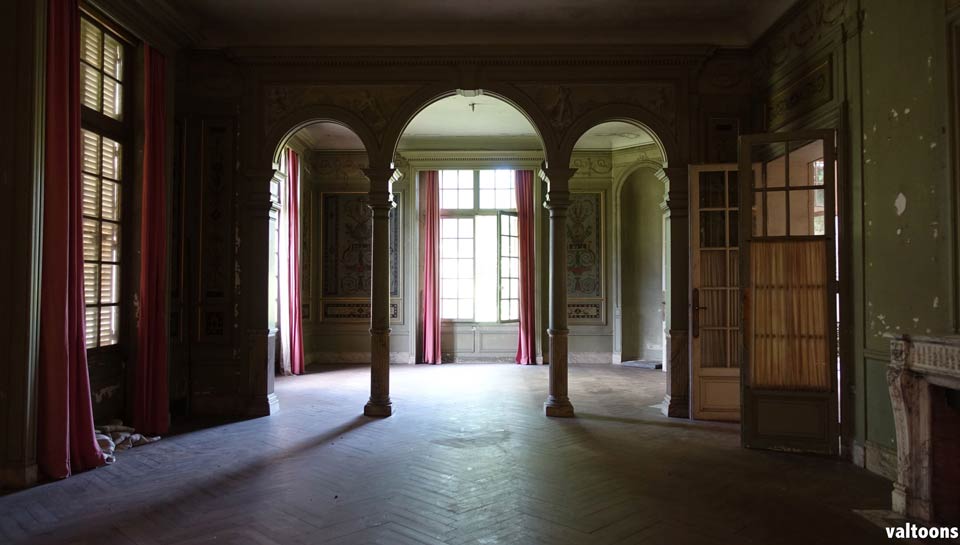 The house that served as a setting for both "Lupin" and "Irma Vep" V. Segond

For nearly twenty years, Valérie Segond has been in charge of finding filming locations. As a location manager and scout, repéreuse in French, she reveals what’s behind the scenes of this key job she has been practicing in the shadows for French and international productions. Among them, Lupin – the series for which she received an LGMI (Location Manager Guild International) Award in Los Angeles – and Irma Vep. Profile.

We are among the first ones to read the script. Our job is to imagine the places that the characters are only exploring on paper at this point
Valérie Segond

She defines herself as a “location agent provocateur’’. Valérie Segond is called a repéreuse in France, a location manager internationally. A job for which she takes the time to scrutinize every nook and cranny of her environment. She is used to spending her days driving from one point to another, always with the same goal in mind: to unearth the perfect location likely to please the director. “Our profession consists in a sort of treasure hunt, a daily investigation’’, she explains after nearly twenty years in the industry. At the crossroads of art, decoration and logistics, location managers take action prior to the production of a movie or a series. They take care of searching for outdoor and indoor settings, private and public, except for the ones that will be shot in the studio and directly handled by the production team. Most often, the cast of actors has not yet been launched when they start working. “We are among the first ones to read the script, Valérie Segond points out. Our job is to imagine the places that the characters are only exploring on paper at this point’’. 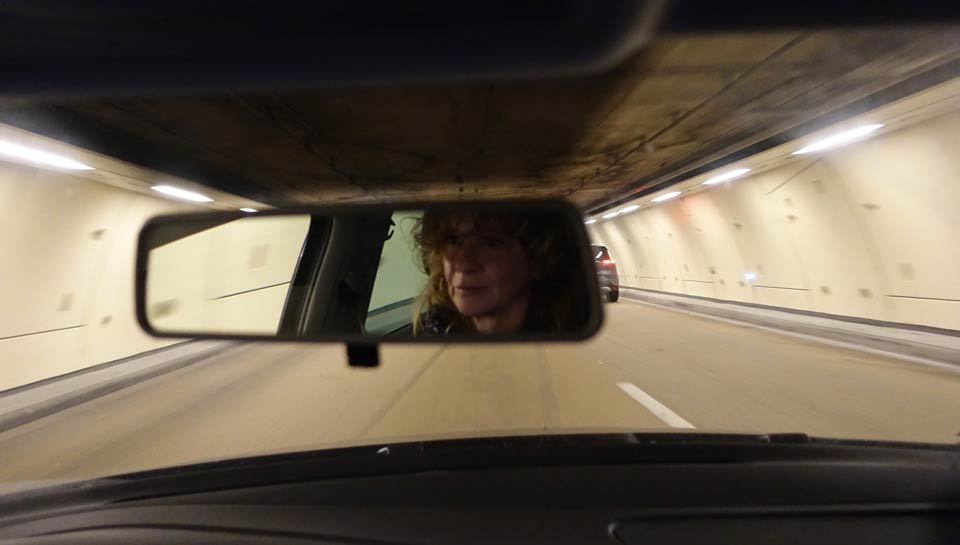 Disused offices, factories, parking lots, apartments or private homes…: to hunt for private locations, the help of scouting agencies whose catalogs offer a wealth of available places makes the job of location scouts easier, but the latter often put on the hat of a somewhat unusual solo investigator. “Once I get the precise briefing from the directing and production teams, I sometimes go door to door. I walk around, I see a house that I like and leave a note in the mailbox”. Efforts with results. “Out of fifty messages, I get an average of ten calls’’, Valérie Segond underlines. And when no one comes to open the door, she grabs her phone to contact the city hall, the land registry service or even the neighbors…

Our profession consists in a sort of treasure hunt, a daily investigation
Valérie Segond

The house of chance

Valérie Segond “casted’’ one of the Netflix’s series Lupin locationsin the street. By sheer chance in the countryside, she happened by the deserted house where Lupin finds his son. Initially, she had in mind the idea of ??a castle she had previously spotted during her investigations. “Once there, I stop near a gate in a bend to check my way, she says. I look up and see the closed shutters of an intriguing building’’. Luckily, one of the owners lives in the neighborhood. Valérie Segond finds there the ideal place to settle some of the gentleman thief’s adventures. As for the owners, they find a way to give a second lease of life to their family home that is expensive to maintain. 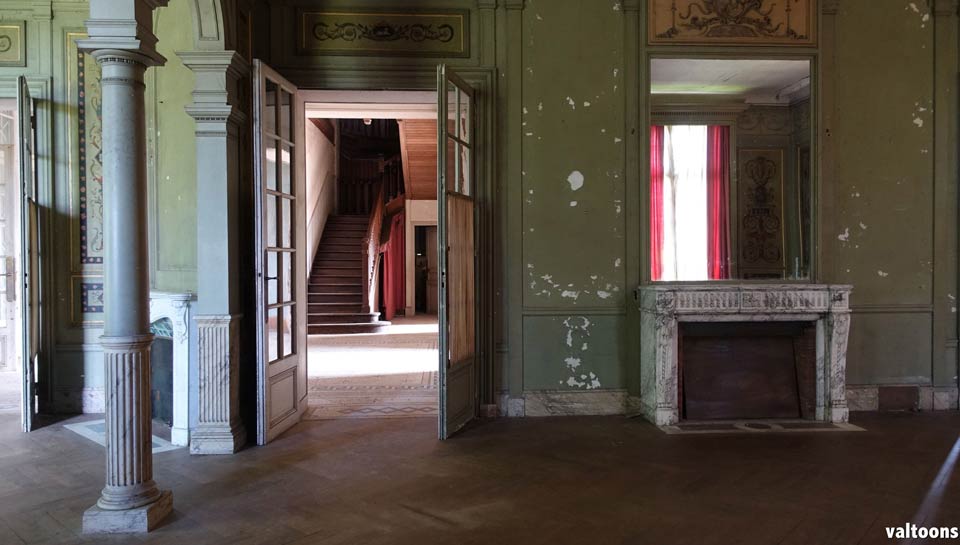 The house that served as a setting for both Lupin and Irma Vep V. Segond

Lupin was only in its infancy when Valérie Segond joined the project. “I started working on the script, she recalls. In the meantime, the production manager who had contacted me organized a casting call to find the production designer. It turns out that they chose Françoise Dupertuis with whom I had often collaborated. I knew the way she works and her tastes regarding decoration. Everything was easier.’’ “Maintain the style of a children’s tale’’: such was the specifications given to Valérie Segond. The Musée d’Orsay, the Pyramide du Louvre...: the capital's iconic places easily opened their doors for filming. “When you have a cast that includes, among others, Omar Sy, it makes the job easier.’’ To shoot in public places or institutions, location managers can also seek the help of one of the 32 French local film commissions, whose role is to oil the wheels of filming in the regions.

The location scout can confirm: finding the right site sometimes feels like a godsend. As evidenced by Lupin's hiding place which came to her at “05.00 a.m.’’ like a divine “revelation’’. “I woke up with a start with the image of a specific Parisian high school’s archive room in my mind’’. A member of her family has been going to school there, and so she had scouted this “fabulous’’ place nestled under the roof a few years ago. “I went that very morning to photograph it. There were many plaster busts, especially of famous writers… Suddenly it was blindingly obvious: I was in Lupin's hideout’’. 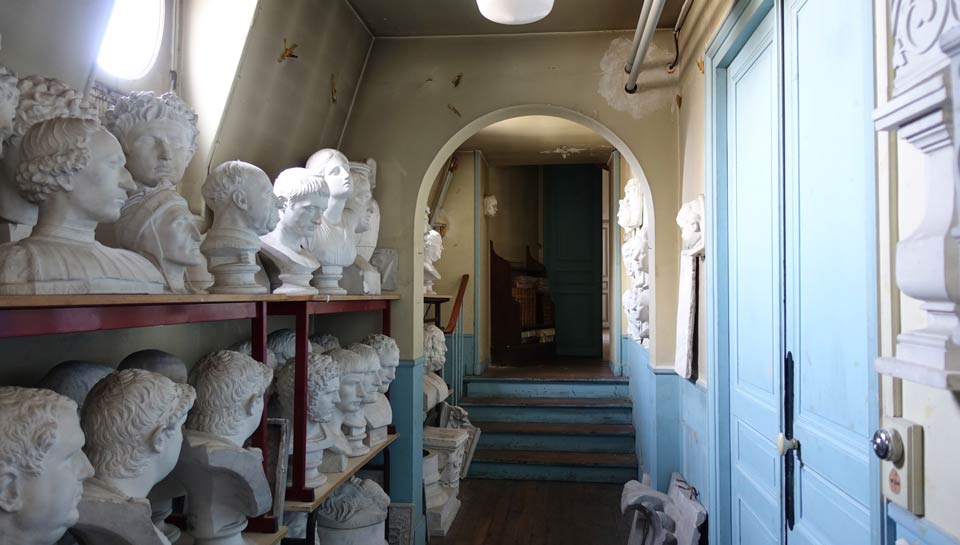 The house that served as a setting for both Lupin and Irma Vep V. Segond

I went that very morning to photograph it. There were many plaster busts, especially of famous writers… Suddenly it was blindingly obvious: I was in Lupin's hideout
Valérie Segond

Valérie Segond has worked on French productions and co-productions, and international productions. For Irma Vep, a bilingual and international series by Olivier Assayas, she transformed Lupin's family home into a vampire abode. “It’s filmed so differently that it seems like a whole different setting’’, notes Valérie Segond who had previously worked with the French director on Double Lives in 2017. “The challenge on Irma Vep was to find both contemporary and historical settings as the series constantly moves from one genre to another’’. In 2014, Valérie Segond was sent to Luxembourg to work on the German fiction The Dark Side of The Moon. “I had a lot of locations in the forest to find. The research was based on a map on which, with the general manager, we set markers for places where I was likely to encounter the imagined scenery”. Does holding this position within an international team have any distinctiveness? “I don't think so, I would say the most difficult aspect of working for a foreign production, and especially American, is having to discuss with ten interlocutors or so.’’ In France, the location manager mainly works with the director, the production designer and the production team. 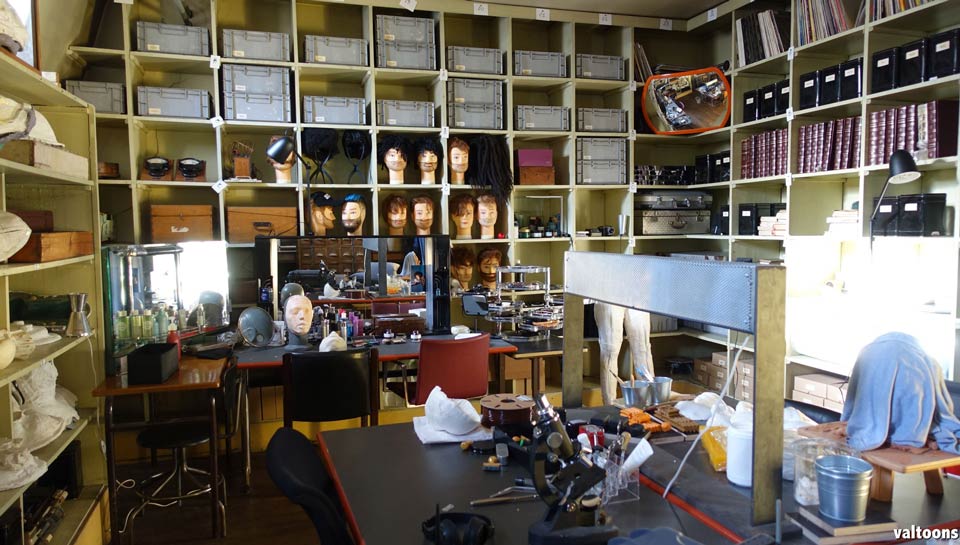 The same archive room during the decoration work for Lupin  V.Segond

In the United States, Valérie Segond won an LGMI (Location Manager Guild International) Award for her work on Lupin. A prestigious prize she received along with the unit manager, Thomas de Sambi. “I didn't know this kind of awards existed for our profession’’, she says. It's a huge recognition for us.’’ In the United States, the location manager profile is a mix between that of the location scout and that of the unit manager. “Over there, location managers are responsible for location scouting, but also for the administrative work (filming agreements, insurance procedures, etc.), Valérie Segond explains. They work in concert with location scouts, who are in charge of the setting from start to finish.

A certain artistic and historical culture is needed in order to offer a wide range of settings from different periods and styles.
Valérie Segond

Becoming a location scout does not require specific training in France, but demands sound anticipation skills and some knowledge of logistics. “You have to be able to picture the organization of the shoot, you have to ask yourself questions such as 'will 50 people be able to be accommodated at the same time in the place I have just chosen?’’. And then of course, a certain artistic and historical culture is needed in order to offer a wide range of settings from different periods and styles.’’ Among the thirty professionals who make up the Repéreurs association of which she is president, some used to work as unit/assistant unit managers or photographers, others like herself as assistant directors. She cut her teeth on The Science of Sleep by Michel Gondry in 2005. “My role as assistant director had become difficult to reconcile with motherhood’’, she says. I needed to adjust my working time’’. On a daily basis, Valérie Segond divides her week between research at her office and location scouting in the field.

The archive room after the decoration work V.Segond

The profession implies working independently and having flair, but the Repéreurs association enables professionals to help each other and save time. “Sometimes I get stuck two weeks for a location, so I send an SOS on the association group chat.’’ The job is intermittent by its very nature. “Like any cinema technician or executive, nothing can be taken for granted. Today I work, tomorrow I don't know’’. Before, the location scout mission could be entrusted to the assistant unit manager, the first or second assistant, and “even to trainees.’’ Over the past ten years, it has become a profession in its own right in France, with, however, status disparities between cinema and television. Thanks to the LGMI Awards, the Repéreurs association has established contacts with foreign colleagues, in the United Kingdom for instance and in the United States mainly, a country in which the professional organization – the Location Managers Guild International – brings together no less than 600 members. A figure that makes an impression on the French association president. “It’s the stuff dreams are made of obviously. Who knows? One day maybe, we’ll have our own ceremony as well’’.

Find a filming location in France through the Locations database

Both Lupin and Irma Vep benefited from the French Tax Rebate for International Productions (TRIP). 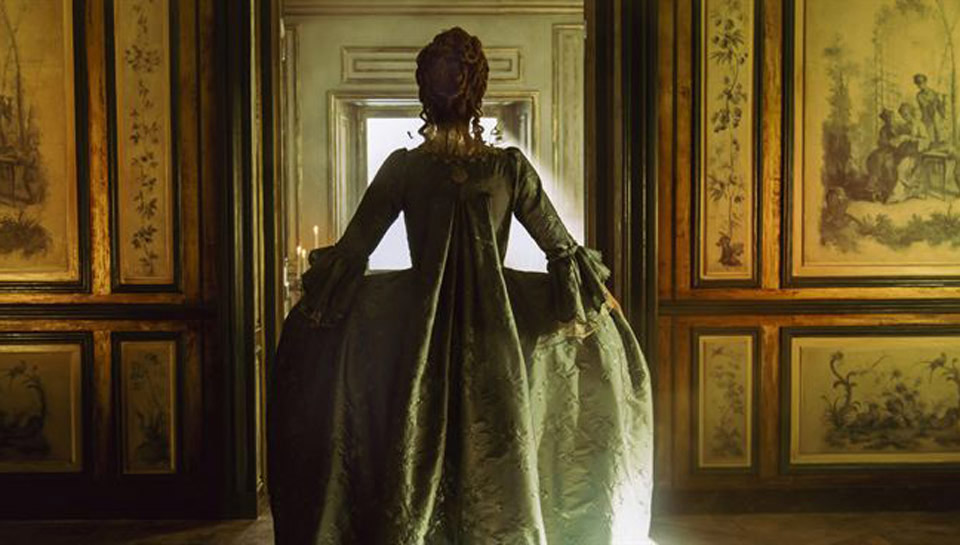 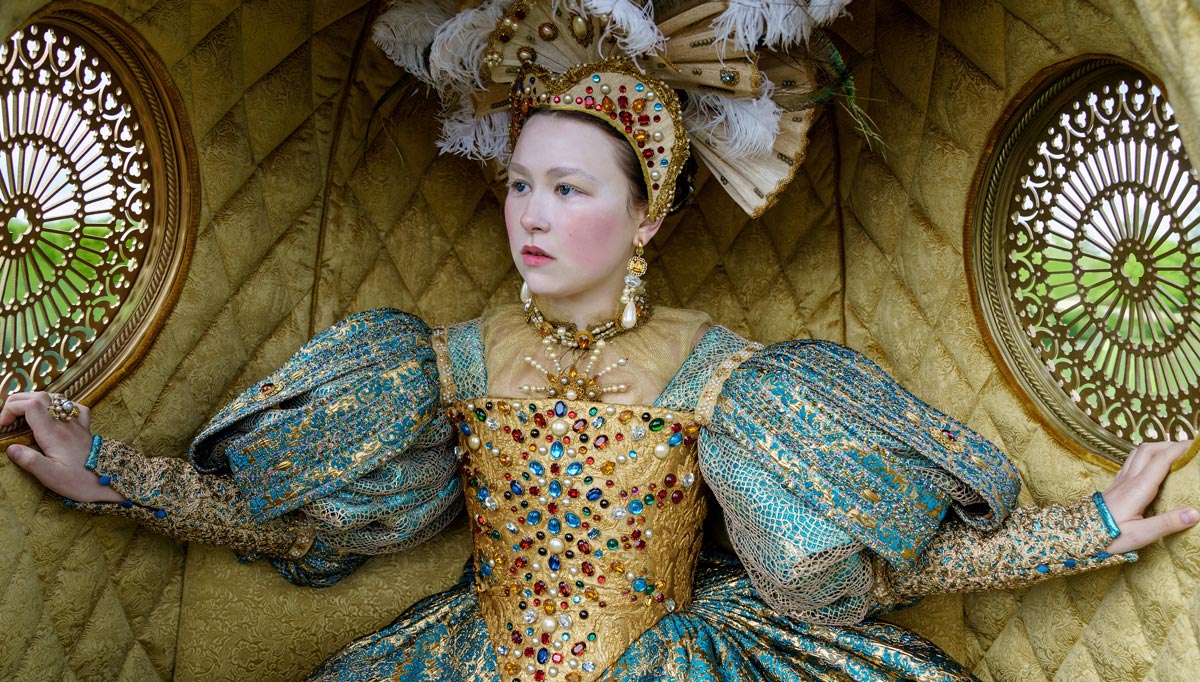 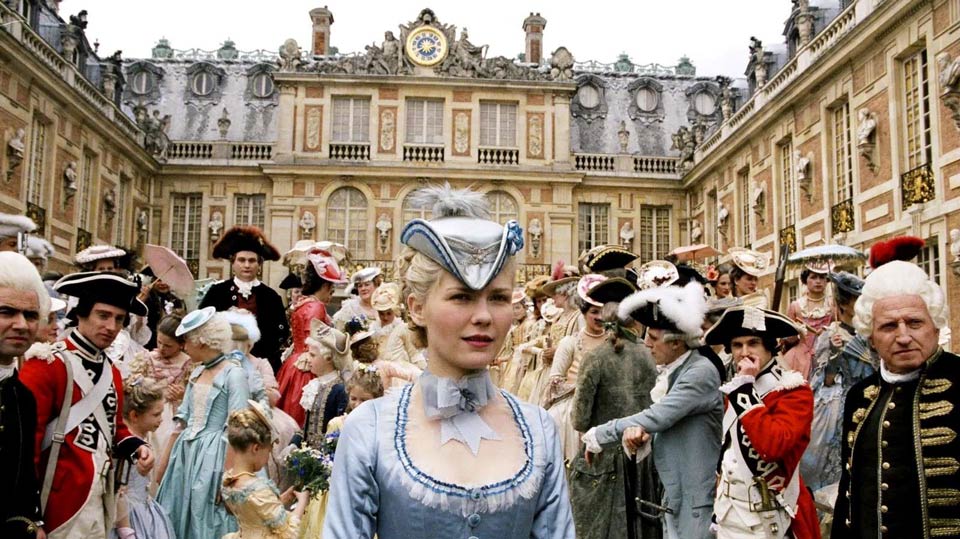